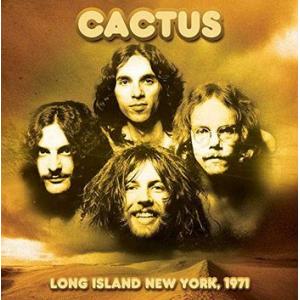 Addressing a small invited audience in UltraSonic Studios in their native Long Island, theband plunged into their past three albumsdelivering a blitzkrieg, pronouncing theiraffection for boogie with an electrifying demeanour.

This performance also signalled the closureof a chapter in the Cactus story with McCarty and Day leaving shortly after and before recording took place for the fourth album Ot’ ‘N’ Sweaty in 1972.

Klondike has captured a unique facet ofheavy blues-rock with the WLIR-FMbroadcast recorded at Ultra Sonic Studios in Long Island, January 1971. Exposing a robust powerhouse performance delivered from a profoundly underrated band whogiven their lack of reflective prose andmelodic depth, held all the goodies in the bag with the amps turned up high.