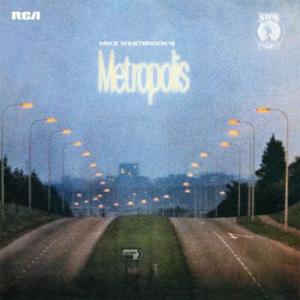 The English jazz pianist Mike Westbrook released his album Metropolis in 1971. In the height of the British-jazz's golden age this concept album was recorded over three days in the famous Lansdowne studios. The 9-movement album shows the best of the London jazz scene with it's big-band jazz sounds and funk-rock rhythms. In this collective effort, which included 23 musicians, the sum is greater than its parts and Westbrook worked-out the ideas really great. Musicians like Mike Osborne, Ray Warleigh, Kenny Wheeler, Harold Beckett and John Taylor all playing their part on this incredible record. The wonderful arrangements and chord progressions building on one of Westbrook's best recordings. It is an absolute classic and a must for any serious jazz listener.