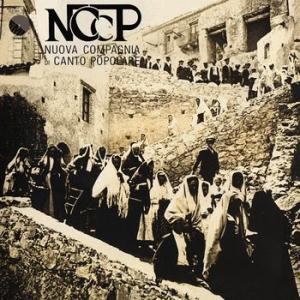 More than a band, the Nuova Compagnia di Canto Popolare was a collective dedicated to the study and revaluation of Neapolitan and Mediterranean musical traditions, with multi-vocal parts and acoustic guitars, flutes, percussions and all kinds of ancient folk instruments. Their founder, spiritual guide and executive producer was Roberto De Simone, main author of musical research and arrangements. The foundation dates back to the second half of the '60s, but it was only in 1971 that the first homonymous LP was published, followed by a further eponymous work - a double album, this time - the following year.

In 1973 the group signed with EMI, which release this third LP, once again the same name and recorded live in March of the same year; in the line-up we have Fausta Vetere on vocals and guitar, still at the helm of NCCP today, and the well-known singer-songwriter Eugenio Bennato. "Nuova Compagnia di Canto Popolare" contains both songs already published on the group's two previous studio records and new interpretations of songs from the 16th and 17th century: a milestone of folk and traditional Italian music, which photographs the state of grace of a collective that, shortly thereafter, would have known an unexpected success on an international scale.

First official reissue of all time, more than 45 years after its first edition, with gatefold cover and faithful reproduction of the original artwork, on 180gr. black vinyl.