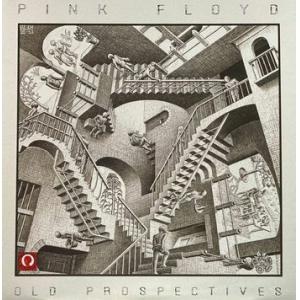 Limited edition on colored vinyl, this Pink Floyd LP contains songs from the group's first era, when Syd Barrett was still with the group. The seven-piece tracklist includes songs from 7" singles such as 'Candy And A Currant Bun' (B-side of 'Arnold Layne'), 'Apples And Oranges' and 'It Would Be So Nice', the outtakes 'One In A Million' and 'Scream Thy Last Scream' (scheduled for release on single and then discarded), the instrumentals 'Sunshine' and 'Baby Blue' (with David Gilmour already replacing Barrett), the cover of Booker's 'Green Onions' T & The MG's recorded for the TV show 'Tomorrow's World' and the improvisation 'Nick's Boogie' included in the soundtrack of the film 'Tonite Lets All Make Love In London'