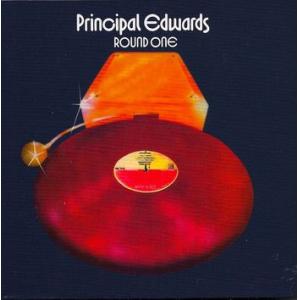 Esoteric Recordings are pleased to announce the first ever official UK CD release for the album “Round One” by Principal Edwards. Originally released on Decca’s Progressive imprint Deram in 1974, “Round One” was the band’s only album for the company.

Originally formed in 1968 at Exeter University, the band was first known as Principal Edwards Magic Theatre and was a “loosely based musical and theatrical co-operative”. Championed by DJ John Peel, the group were the first signing to Peel’s Dandelion label in 1969. After recording two albums for Dandelion and touring for two years, the original group disbanded after the release of the album “The Asmoto Running Band” (produced by Pink Floyd member Nick Mason).

This Esoteric Recordings reissue has been remastered from the original Deram master tapes and includes three rare bonus tracks.