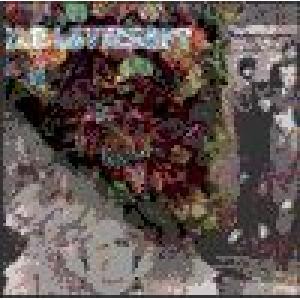 Named after and inspired by H.P.Lovecraft, the novelist and poet who died of cancer in 1937, the eponymous band, with its immediately identifiable vocal pairing of George Edwards and Dave Michaels, produced what is still considered to be one of the finest psychedelic albums of the period. The inspirational Lovecraft was best known for his macabre tales and poems of an Earth populated by another race. According to Lovecraft's legend, this race, with its own gods and religion, was expelled from Earth for practising black magic, but they did, however, remain on the periphery of human life, practising their obscure rites and rituals and waiting for an opportunity to repossess Earth. The writer's Fungi of Yuggoth is considered to be his finest poem, while The Dunwich Horror is still regarded as his most popular novel. A combination of the band's two strong singers (Dave Michaels was a classically-trained singer with a four octave range), hauntingly ethereal arrangements and some imaginative songwriting that draws heavily on pop and folk influences, made this one of the best psych albums of the late '60s. The album features some strong originals, as well as covers of early compositions by Randy Newman and Fred Neil. All in all, a strong debut, which, although deriving its inspiration from a somewhat sombre source, is more haunting than gloomy, and which exhibits some deft touches of folk and jazz, as well as some fine horn arrangements.
Track Listing: 1. SOON THERE'LL BE THUNDER 2. I HAVE BEEN ALONE 3. THOSE WHO LOVE 4. GO EVERY WAY 5. WHY MUST I BE 6. TAKE FROM YOU7. THEY DIDN'T EVEN GO TO THE FUNERAL8. HUDSON / HILL FEELING9. GIRL SAID-KNOW10. LAND OF A DAY11. THIS LIFE SHE IS MINE