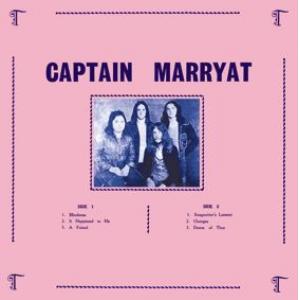 Many people watching the ebay auctions where surprised seeing this album selling for the past few month 3 times for nearly 3500 Euro each. Before that, this album was completely unknown.

Captain Marryat are from Glasgow, Scotland and recorded this demo album in 1974, released in a tiny pressing on the Thor label, in the hope to get an EMI or Chrysalis deal.

They wanted to record only a single but came up with a complete album of self-composed tracks. Since it was not that easy for a Scottish band to get attention down in London, this album was the only pressing ever done and sold at band gigs only.

We were lucky to find the band to made a deal so this beauty can conquer the world of rock music.