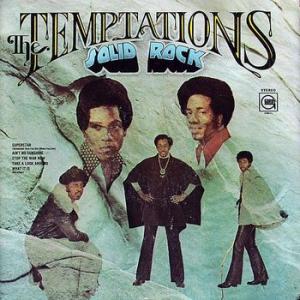 Solid Rock is a 1972 album by The Temptations for the Gordy (Motown) label, produced by Norman Whitfield. The LP was the first made primarily without founding members and original lead singers Eddie Kendricks and Paul Williams. Frustrated by conflicts and fights with Temptations Otis Williams and Melvin Franklin, and producer Whitfield's steadfast insistence on producing psychedelic soul for the group when they really wanted to sing ballads, Kendricks had quit the act and negotiated a solo deal with Motown's Tamla label.

Paul Williams, on the other hand, had fallen ill due to complications from sickle-cell disease and six years of untreated alcoholism. Physically incapable of performing any longer, Williams followed his doctor's advice and retired from the act, although he remained on the Temptations' payroll as a choreographer until committing suicide on August 17, 1973. Williams's final Temptations recording, "It's Summer", is the only song on Solid Rock that includes his vocals. The album reached number one on the Billboard R&B album chart on March 4, 1972.wikipedia]