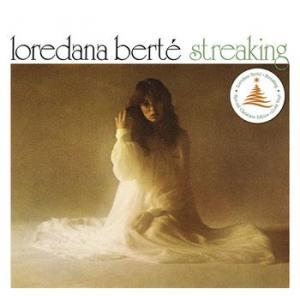 Active for over 40 years on the Italian pop-rock scene, Loredana Berté can in all respects be considered an iconic character, always associated with free and provocative sexuality. The manifesto of her way of life was already included in her first LP "Streaking", originally released in 1974. Musically, the album can be associated to the 'soft rock' genre, with some funk, symphonic and even soul elements: but the main ingredient is, os course, Loredana Berté's voice, already versatile and endowed with a strong personality while only 24 years old.

The record was produced and arranged by Enrico Riccardi, who's also the main composer; three years earlier, in 1971, he was wrote the entire album "La foresta" by I Leoni, whose song "Sesso" is here present as a cover and with the slightly different title "S.e.s.s.o.". The original edition of "Streaking" - the term used to indicate the exhibitionist practice of running completely naked in the context of large-scale public events - had a very special cover, practically an envelope containing the vinyl that opened in twelve LP-sized sides; the six external ones included the cover and the songs lyrics, while the other six showed various full-nude photos of the singer: the censorship that followed led to the withdrawal of "Streaking" from the market.

In the following decades the album has been reissued only twice on CD, and this is the first vinyl reissue ever, with a faithful reproduction of the original special gatefold cover!