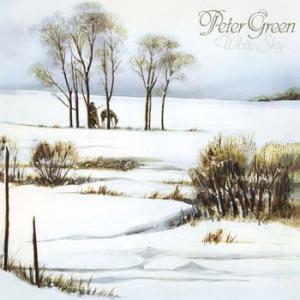 White Sky is the fifth solo album by Fleetwood Mac founder Peter Green. This time he is more focused on rock music, with all the songs written by his brother Mike. It's not his most innovative record, but one where he just shows another side of his musical abilities. The title track is the longest songs from the album, where you'll hear the signature of Green, his guitar work.

In 1967 Peter Green, Mick Fleetwood and John McVie played in the legendary John Mayall & The Blues Breakers, and were given free studio time during which they recorded five songs. Peter Green was so convinced of this band´s musical prowess that he formed Fleetwood Mac on the spot and named it after the drummer & the bass player.

White Sky is available as a limited edition of 1000 individually numbered copies on white coloured vinyl.