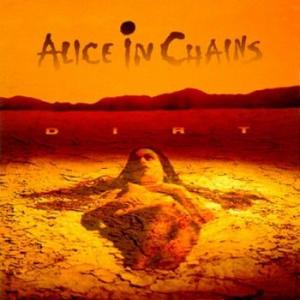 Alice in Chains, one of the darkest bands to emerge from Seattle in the early 90's. Their 1992 album Dirt was a milestone in the grunge-genre. Tuned down guitars with massive gloomy vocals courtesy of guitarist Jerry Cantrell and enigmatic vocalist Layne Staley proved a killer combination.

Dirt is one of those masterpieces that wasn't meant to be, as it was written while the band was on tour only to let their demons out. After extensive tours with Ozzy Osbourne and Van Halen the album ended in the top 10 of Billboard. The album closes with the superb grunge anthem "Would?" which was also featured in the movie Singles.

Unfortunately singer Layne Staley died of a drug overdose in 2002 which ended the band abruptly. Alice in Chains returned to the forefront with a new album and singer in 2009. At the same time we offer the original and groundbreaking sound of Alice in Chains's Dirt on 180 gram audiophile vinyl.