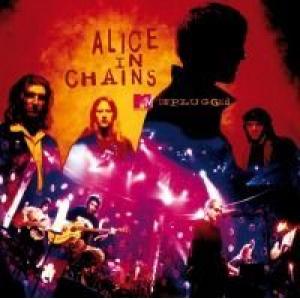 In 1996 Alice In Chains performed their first show in three years for MTV Unplugged. Unfortunately, it also turned out to be one of the last ones they would ever do, as lead singer Layne Staley's drug addiction was already getting the better of him. Visibly frail, he - and band members Jerry Cantrell, Mike Inez and Sean Kinney - still out-performed many of the other acts that crept in front of MTV's camera, making this one of the most legendary performances of the series. The band perform songs from both Facelift and Dirt albums as well as their critically acclaimed E.P. Jar Of Flies, creating new and exciting arrangements for their heavier songs while reinventing others. The tension and excitement in the audience is palpable throughout the entire show, and it makes this a fantastic record of the greatness of Alice In Chains.

Music On Vinyl have decided to press the record on double 180 grams black audiophile vinyl, as opposed to the many colorful bootleg cuts that have been released over the years.

This is the real deal, with guaranteed quality of the recording, mastering & pressing.