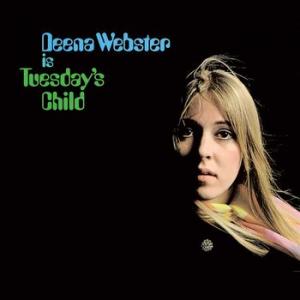 Back in 1968, this 18-year old singer seemed poised to become a successful solo artist. She made a number of TV appearances, played a number of solo concerts, released a handful of singles and a gorgeous album on Parlophone called Deena Webster Is Tuesday’s Child before promptly vanishing. As time marched on this lost gem has become sought after in collecting circles to the point where a mint copy today is worth £175. Musically it is a wonderful folk album where Webster enchants as she covers songs like Bob Dylan’s Just Like Tom Thumb’s Blues, Phil Ochs The Flower Lady and even The Bee Gees New York Mining Disaster. These songs showcase Webster’s acoustic guitar playing and rich voice whereas on Hurry, Tuesday Child and Who Will Buy she is lushly cushioned by a full orchestra. Why the album sold poorly at the time remains a mystery as it becomes quietly addictive the more you play it. Well, now you have the chance to buy the first reissue of Deena Webster Is Tuesday’s Child for over 40 years as we at Record Collector have remastered, recut and pressed up in a limited edition of 500 copies.