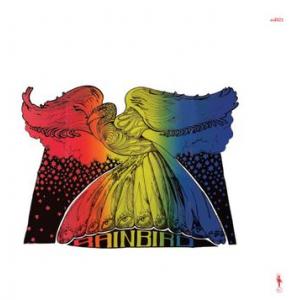 Monsterously obscure prog from 1970, 200 lps were privately made but most were destroyed, and no copies have ever been openly sold. Complex and mysterious music with flutes and mystical lyrics, meandering melodies, like the most introverted moments from the Moody Blues classic Threshold of a Dream era, Rainbird is an lp some rate as a masterpiece. The original had the wrong cover added by a printer, here the original Rainbird picture is restored to the sleeve.