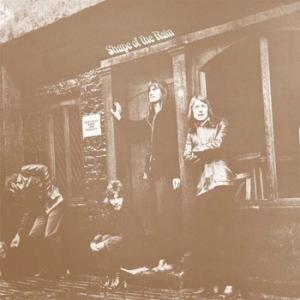 Released on the RCA subsidiary Neon in 1971, the Riley, Riley, Wood & Waggett album by UK outfit Shape of the Rain is a wonderful example of American West Coast meets British psych/progressive to create a sound and feel all of its own. It's subtle rhythms, 12 string & slide guitars plus excellent harmonies, make it one of the most enduring albums of its time. No doubt about it, it's a charming album! The band had actually been around since the early 60's perfecting their songwriting and recording skills, but it wasn't until the late 60's that people finally began to take notice when they secured gigs at such venues as The Marquee, The Cavern and Manchester's Hard Rock among others. Support slots too were impressive, Pink Floyd, Jethro Tull, Fleetwood Mac, Free, and their heroes, Arthur Lee's Love. T h e y continued performing and recording right up until 1973, but nothing else was released, and the band split up. Despite not achieving mainstream success at the time, the band are now held in high regard by critics and collectors alike, and this Radioactive reissue is timely. Don't miss the chance this time around. Sit back, press play and enjoy! It's that easy!
Track Listing: 1. Woman 2. Patterns 3. Castles 4. Wasting My Time 5. Rockfield Roll 6. Yes 7. Dusty Road 8. Willowing Trees 9. I'll Be There 10. Broken Man