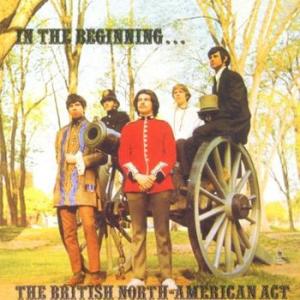 'There's some pleasant harmony pop (Only A Dream and Corduroy Coat) and a few tracks (The World Would Understand and Don't Run Away) have a more psychedelic edge' - Fuzz, Acid & Flowers
'A nice little pop album, unpretentious but confident, with consistently good songwriting and singing. Some of it is in a fine, dreamy folk-rock mode' - The Acid Archives
Canadian psych-pop classic
Originally issued in 1969
One of the rarest albums of the 1960s
Liner notes included
Featuring members from Britain, Canada and Hungary, this gifted quintet's sole album appeared in Canada only in 1969. Blending harmony pop, folk-rock and psychedelia into a winning formula, it's one of the most sought-after records of the period, with originals having sold for over $1000, and makes its long-awaited return to CD here.
Track Listing
1. See How Free
2. Baby Jane Days and Nights
3. Only A Dream
4. Joe Cool
5. The World Would Understand
6. I'll Find A Way
7. Just How You Feel
8. Corduroy Coat
9. Give Yourself A Ride
10. If You're Looking For Honey
11. Don't Run Away
All The World Is In Your Eyes