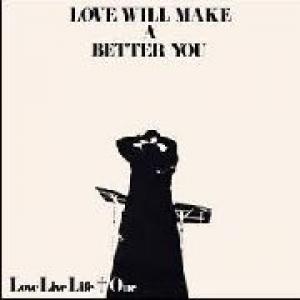 There were several progressive psychedelic groups in Japan in the early '70s including the short-lived Love Live Life + One. The band played a few live gigs and released this lone album before disbanding. The group consisted on 9 musicians and the "Plus One seems to refer to vocalist Akiri Fuse who had been a pop vocalist since the mid-'60s and appearing on albums since 1967. Most of the musicians were obscure except for keyboard player Hiro Yanagidawho was a member of the highly acclaimed Foodbrain and later Strawberry Path whose album When The Raven Has Come To Earth was released the same year of Love Will Make A Better You, and guitarist Kimio Mizutani who was in the band People that released the massively rare Ceremony - Buddha Meets Rock. Love Live Life's only record is a mix of blues-based psychedelia that pushes into progressive and even avant-garde realms at times, while the skronky sax playing even recalls the edgier end of the jazz spectrum. An original, innovative and extremely rare piece of Japanese psychedelia.