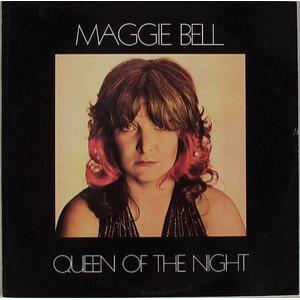 180g LP
Maggie Bell's beautiful voice rings true in this, her first solo album, originally released in 1974. Here Bell (who first gained notoriety with Stone The Crows) is accompanied by many talented musicians of the period, including Steve Gadd on drums and guitarists Cornell Dupree, Reggie Young, Chuck Rainey and Barry Goldberg. Featuring stellar versions of John Prine's "Souvenirs," JJ Cale's "After Midnight" (which is even better than Eric Clapton's version), a very intimate version of "A Woman Left Lonely," famously covered by Janis Joplin in Pearl, and a beautiful and intense "As The Years Go Passing By". This Akarma reissue also features a superb live version of Free's celebrated "Wishing Well" as a bonus track. Maggie Bell is the greatest Scottish soul-rock singer of all time and this album is precious testimony to that fact.
Track listing: Side A: 1. Caddo Queen 2. A Woman Left Lonely 3. Souvenirs 4. After Midnight 5. Queen of The Night 6. Oh My My Side B: 1. As The Years Go Passing By 2. Yesterdays Music 3. We Had It All 4. The Other Side 5. Trade Winds Bonus track: 6. Wishing Well [Live]